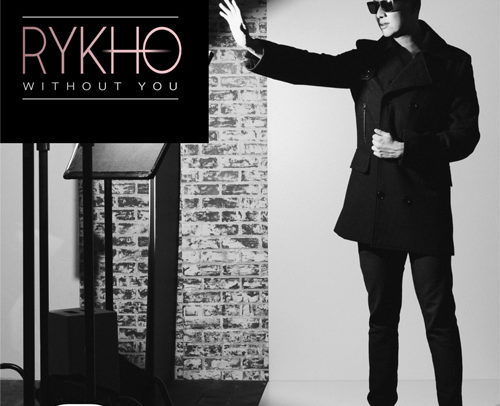 RYKHO has teamed up with Soulshaker on his new single ‘Without You’, following his debut release ‘Can’t Do Loving You’, which hit top ten in the UK’s Music Week Chart at No.6.

RYKHO (aka Friedrick Ryan Po) was born in the Philippines and moved to the Canadian west coast at an early age. In 2015 under the guise ‘Friedrick Ryan’, he began his artistic journey through collaborating with prolific Canadian songwriters Aileen De La Cruz (Cym- ba Music), Stef Lang (DYLN, Nettwerk Music group) and top Canadian producers B.- Morales (Craig Smart) and Murray Daigle (Serena Ryder, Neverest). Releases included the explosive dance anthems ‘Love On the Dance Floor’, ‘All Over Again’ and ‘Glow’ which were blessed with remixes by top UK Deep House act DASCO and acclaimed House remixer Eric Kupper. The ‘Friedrick Ryan’ tracks reached top 30 status in the Music Worx Top 100 International Dance Chart and Top 10 status in the US Starfleet Dance/Crossover charts.

Produced by Soulshaker, hot off the back of their recent #1 Chart Position in the US Bill- board charts and dozens of other top 10 chart positions globally, the original mix of ‘With- out You’ is perfect for those feel good dancefloors.
‘Without You’ features remixes from some of the hottest names in the world of dance, starting a deep tech remix by Andy Galea (aka Sol Brothers). Considered by many to be a master of the craft across various forms of house music, Andy’s productions have re- ceived unwavering support from Radio 1, Pete Tong and Andi Durrant of Capital FM.

ferKKo is up next, opting for a nice chunky piece of straight house music with a driving bass accompanied by stabby pianos and crisp beats. With numerous club chart hits to date ferKKo is becoming another hot name within International clubland.

Finally, complementing the remix package with a soulful house remix is the highly mysterious Journey By A DJ.