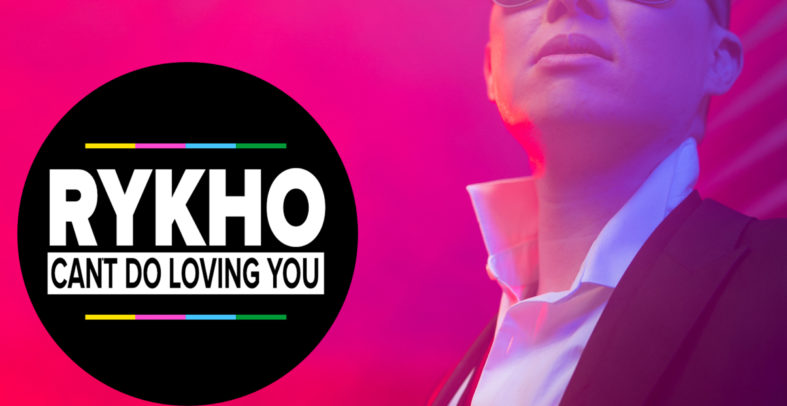 RYKHO – Can’t Do Loving You

‘Can’t Do Loving You’ is the debut single by ‘RYKHO’ (aka Friedrick Ryan Po), Vancouver-based recording artist who has been steadily making waves on the international club dance scene over the last few years.

Friedrick was born in the Philippines and moved to the Canadian west coast at an early age. In 2015 under the guise ‘Friedrick Ryan’, he began his artistic journey through collaborating with prolific Canadian songwriters Aileen De La Cruz (Cymba Music), Stef Lang (DYLN, Nettwerk Music group) and top Canadian producers B. Morales (Craig Smart) and Murray Daigle (Serena Ryder, Neverest). Releases included the explosive dance an- thems ‘Love On the Dance Floor’, ‘All Over Again’ and ‘Glow’ which were blessed with remixes by top UK Deep House act DASCO and acclaimed House remixer Eric Kupper. The ‘Friedrick Ryan’ tracks reached top 30 status in the Music Worx Top 100 In- ternational Dance Chart and Top 10 status in the US Starfleet Dance/Crossover charts.

In 2019, Friedrick continued to evolve his sound further into the dance/EDM/house realm and signed with the talented team at Freaktone Records. The result is the latest evolution into the artist now known as ‘RYKHO’. ‘Can’t Do Loving You’ features remixes from some of the hottest names in the world of dance, starting with the Relentless Records / Sony Music signed production duo DASCO. These guys have most certainly got the musical midas touch right now. No wonder they have major artists lining up to collaborate with them.

Another clubland favourite who have stepped up to remix this single are the legendary Soulshaker. Hot off the back of their recent #1 Chart Position in the US Billboard charts and dozens of other top 10 chart positions globally, Soulshaker have once again delivered one of their trademark offerings of classic house music perfect for those feel good dancefloors.

Finally we have a remix by the highly mysterious So Cool Network, who have hit top 10 in the club charts with their various remixes around 30 times now and continue to deliver on point every time. The Detroit and Shoreditch roots always make for an interesting mix, and their dub mix will make for an awesome club tool.out now on Made2Dance !