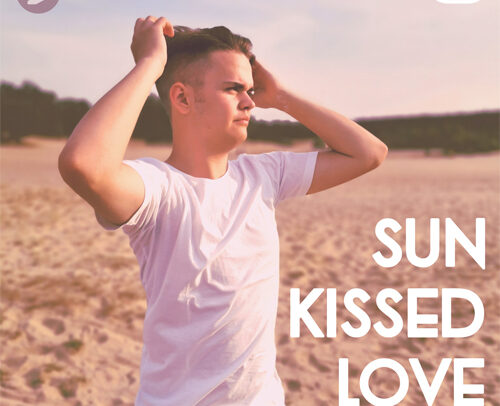 16 year old Richie Haley is back! After his succesful single ‘Guiding Light’ he has a brand new catchy dance-pop single, you must have! Singer Nikita Pellencau aka Kita is famous from her participation in the Voice Holland! Richie Haley is without a doubt one of the most promising upcoming talents of the international new DJ/Producers generation. At the age of 12, he won just like Martin Garrix the national DJ/producers contest.

The contest jury composed out of Tomorrowland dj’s and music industry professionals agreed; Richie Haley is the one to watch! Richie’s technical precision, live remixes and a perfect sense of crowd control are the elements of his electronic cocktail for connoisseurs. Playing at Tomorrowland at the age of 14, touring in leading clubs in Asia at the age of 15 and hosting his radio show Master Tracks on over more than 30 radio stations worldwide amongst other leading DJ’s like Armin Van Buuren, Steve Aoki, Dimitri Vegas & Like Mike, Adam Beyer and many more shows that Richie is a promising upcoming talent! Richie’s story All started with that DJ flight case of which he had no idea how to open it when Richie was just a toddler. A few years later at the age of 7 when he finally managed to open it, not only the case opens to him but also the world of music and DJ’ing. Fascinated by all these buttons and lights he discovered more and more of it and his talent starts to shape. After visiting Avicii’s show at the age of 11 Richie’s goal was clear ! He also wants to become an international DJ/producer and unite people with music. One year later he wins as the youngest ever and just like Martin Garrix the national DJ contest ‘Kunstbende’ for ages from 12 to 20. Ever since that moment electronic music is his life and dedication. Playing at Tomorrowland’s Rose Garden Stage, touring in France, Italy, Thailand, Kuala Lumpur, Singapore and hosting his international radio show Master Tracks are just a few steps Richie’s has taken so far. As a young super enthusiastic networker Richie hooks up with international colleagues and travels the world to promote his music. Discovered by Denon DJ Richie represents the brand as one of the international next generation superstars. Professional, versatile and dedication are the keywords that describe Richie. And when it comes to party ? There is no stage or crowd too big for Richie Haley.