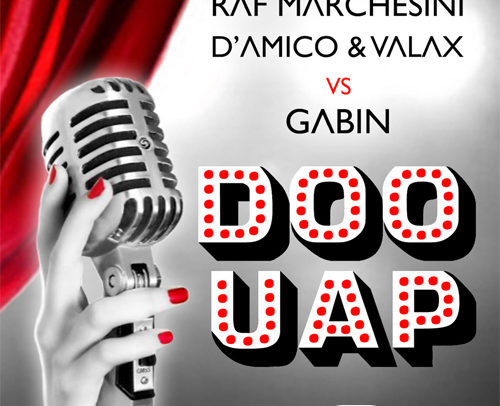 Made2Dance Presents a great remake of Doo Uap
‘Doo Uap’ is the title of the freshly released single by Raf Marchesini, D’Amico & Valax vs Gabin ‘Doo uap, doo uap, doo uap’ has been the first single ever released by Gabin back in 2002

Gabin have always been one of the most successful electro lounge bands worldwide and though several among their singles hit the charts basically everywhere, at least 10 of their songs have been used on big advertising campaigns and blockbuster movies and TV series, ‘Doo uap doo uap doo uap’ remains one of their TOP 3 singles ever….but they never approved dance remixes (apart from Electro Swing’s Bart & Baker), which makes this revisitation something special.

Doo Uap out now on Made2Dance !!