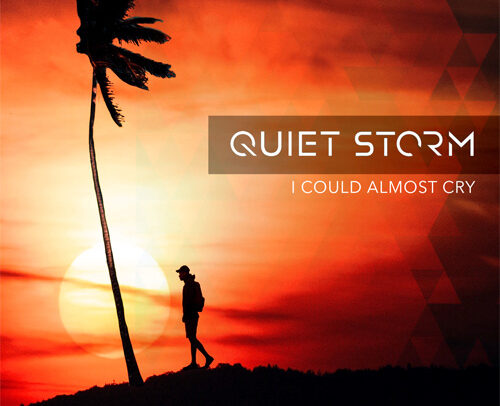 Quiet Storm – I Could Almost Cry

‘I Could Almost Cry’ is the new single by ‘Quiet Storm’, aka ‘Dean Aslett’. ‘I Could Almost Cry’ follows the success of his debut single release ‘Lady Show Me’, which hit No.8 in the UK’s Music Week Chart.
Dean Aslett is a UK based singer and songwriter, fashion guru and pop stylist to the stars. Written by Dean Aslett and Steve Emney, ‘I Could Almost Cry’ was produced by Steve Emney from an original production of Nick Tauber & Jack Rushton. The single features the stunning backing vocals of the late Diane Charlamagne (Urban Cookie Collective/Goldie/Moby). It was one of the last songs she recorded in a 30 year hit laden career before her untimely passing in 2015.
Up first on the remix package is the Relentless / Sony signed production duo DASCO, who have delivered a classic house remix of ‘I Could Almost Cry’. With the success of their recent single releases and remixes of numerous top 10 chart hits, including ‘Leave A Light On’ by Tom Walker and ‘My Lover’ by Not3s, it is no wonder that they have major artists lining up to collaborate with them.
The legendary Soulshaker are up next, hot off the back of their recent #1 Chart Position in the US Billboard charts and dozens of other top 10 chart positions globally.
Finally we have a remix by Journey By A DJ, a new and mysterious guise bringing a mix of soulful house and underground house to the remix package.