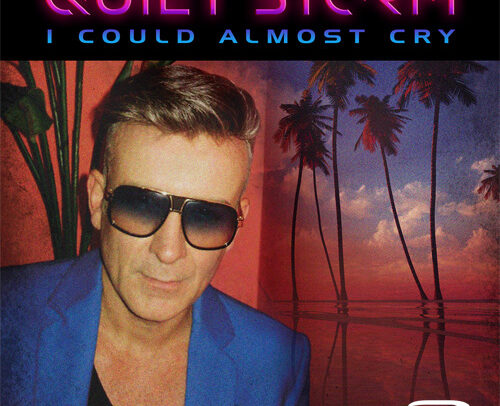 ‘I Could Almost Cry’ is the new single by ‘Quiet Storm’, aka ‘Dean Aslett’. ‘I Could Almost Cry’ follows the success of his debut single release ‘Lady Show Me’, which hit No.8 in the UK’s Music Week Chart.
Dean Aslett is a UK based singer and songwriter, fashion guru and pop stylist to the stars. Written by Dean Aslett and Steve Emney, ‘I Could Almost Cry’ was produced by Steve Emney from an original production of Nick Tauber & Jack Rushton. The single features the stunning backing vocals of the late Diane Charlamagne (Urban Cookie Collective/Goldie/Moby). It was one of the last songs she recorded in a 30 year hit laden career before her untimely passing in 2015.
Out now on Made2Dance !