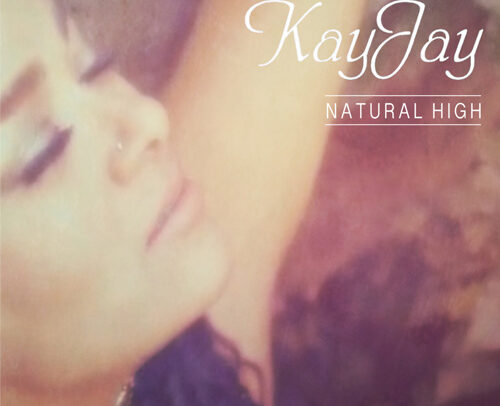 ‘Natural High’ is the new single by the amazingly talented, London based singer and songwriter, KayJay. Written by KayJay and produced by Kevin Sutherland, the soulful

original mix lends itself perfectly to the remixes by some of the hottest names in the world of dance.
Soulshaker kick off the remix package with a driving house remix to complement Kay- Jay’s soulful vocals. Hot off the back of their recent #1 Chart Position in the US Billboard charts and dozens of other top 10 chart positions globally, Soulshaker have once again delivered one of their trademark offerings perfect for those feel good dancefloors.
DJ and producer Andy Galea (aka Sol Brothers) is up next with his ‘Natural High On Acid Remix’. Considered by many to be a master of the craft across various forms of house music, Andy’s productions have received unwavering support from Radio 1, Pete Tong and Andi Durrant of Capital FM.

Next up we have the amazingly gifted Dutch talent Luca Debonaire, who is a constant fix- ture of late in the World’s Top 10 Artists Chart at Beatport and Traxsource. Luca is certainly one of the most sought after house producers in the world today, which is evident by the amount of record labels trying to sign his original material. Luca Debonaire’s mix is perfect for many of the bigger and more mainstream dancefloors.

Finally we have a remix by Journey By A DJ, a new and mysterious guise bringing a mixture of soulful house and underground house.
KayJay is best known as the voice of the No.13 smash hit single ‘Last Night a DJ Saved My Life’ and as ‘session singer to the stars’. Highly regarded in the music industry for her sultry, dynamic and soulful vocals, KayJay has worked with many commercial bands and artists in a career spanning 20 years.

KayJay performed backing vocals for Alexander O’Neal & Cherelle on their ‘Lovers Again’ tour across Europe and has worked alongside various other pop and soul artists such as Shola Ama, Lisa Stansfield, Stereophonics, Rose Royce, Gabrielle, Westlife, Imagination, Loose Ends, Martha Reeves & The Vandellas, Lemar, Jamiroquai and many others.
KayJay was heavily involved with a personal litigation supporting her husband Kevin, in the case of Sutherland vs V2 Music. This music case was highly publicised in the media and involved intellectual property rights over use of the name of ‘Liberty’. Subsequently, they won their speedy-trial, and Richard Branson’s pop band Liberty (losers of the TV talent show Popstars) had to change their name to ‘Liberty X’. The case has made legal history, setting a ground-breaking precedent, it is studied internationally and still referred to in ‘passing off’ intellectual property cases to this day.

KayJay has gone on to become current lead vocalist of the iconic original 80’s soul disco band Odyssey and performs regularly with them across the UK.
KayJay and Kevin set up their company Divinyl Music Ltd in 2010 as they both became busy providing vocals and keyboards for projects, and organising session musicians for various live events. KayJay set up In Harmony, the Virtual Assistant arm of the company.

This element of the business provides admin and social media support for start-ups and creative entrepreneurs in the entertainment industries.
KayJay has also completed her debut album ‘Intuition’, co-written and produced by Kevin. KayJay’s next goal is to release the album and take her music on the road and tour with her own live band across the US, Europe and Asia.
KayJay now focuses on writing and recording new material and developing her next ven- ture, a music industry Podcast ‘Behind The Groove’. KayJay continues to share her knowledge of the music business and interviews Artistes, musicians, producers, writers and other creative entrepreneurs with the aim of advising, educating and inspiring young people and Independent Artists.out now on Made2Dance !