FERREZ feat. Simone Nijssen – Round And Round 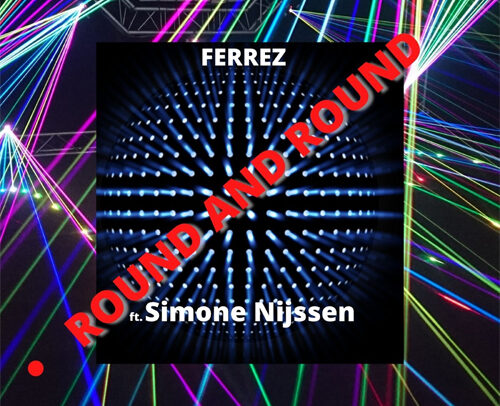 FERREZ feat. Simone Nijssen – Round And Round

Ferry Timmermans, better known as Ferrez, is a Dutch producer located in Gorinchem (The
Netherlands). Ferrez has been producing for only two years, distinguishing himself because
of his unique and varied sounds. In the 90’s, Ferrez was engaged as a DJ in various clubs in
the Netherlands. At that time, his passion for producing his own music began to grow. Two
years ago, this passion led Ferrez to switching his career path, for which we are grateful
today.

Simone Nijssen
Hailing from the village of Heukelum (The Netherlands), Simone Nijssen is a small-town girl,
with a big voice. At the age of 16, Simone showcased her talents on the national hit
television show, Popstars. Her extraordinary range and ability to captive an audience with a
single note, helped her to secure the runner-up position, marking the beginning of her
professional career.

Simone, now 25 years old, has matured into an industry veteran. Over the course of nine
years, she has honed her craft by working alongside renowned Dutch musical professionals
such as, Jochem Fluitsma, Erik Van Tijn, Roger Happel and Babette Labeij. In addition,
Simone teamed up with Jochen Miller and Armada Music to give the world the hit song,
‘Slow Down’. The song was supported by: Armin Van Buuren, Hardwell, and many more!
Over the past few years, she has been working with producers worldwide, including the
talented Dutch producer Ferrez.
Round and round

Ferrez and Simone Nijssen (in collaboration with Aïrto and Tim van Werd) debuted with their
single ‘On my way’, which was supported by Vicent Perquin / Songland The song was so well received that the duo decided to give the world another killer song called ‘Round and round’. This disco song will instantly make you dance. So, what are you waiting for?

Let’ dance our feet off! Out now on Made2Dance !!