ERIKA - Crazy For You » Made2Dance 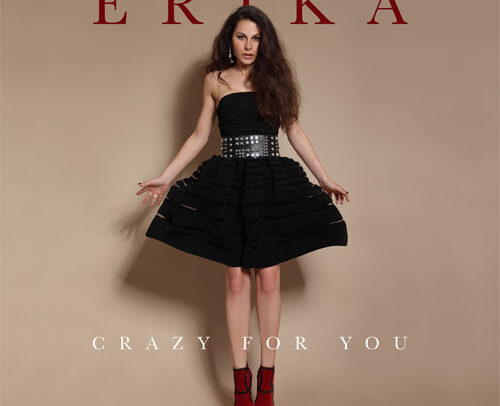 ERIKA – Crazy For You

Erika de Bonis, aka Erika, began her artistic career at just 16 years of age with ‘Relations’, a true HIT which has reached the first place in the Italian radio charts.

It immediately had a great impact also in the world, especially in the USA, Brazil, Russia, Germany,
Austria, Switzerland, Benelux, Spain, France.

The success didn’t stop at the first single, indeed immediately after, the follow-up ‘Save My Heart’ immediately went into high rotation.

Then ‘Ditto’ presented on the TV show ‘Sanremo Dance on Rai 1, quickly climbed all the charts becoming one of the songs
which still represent the magical period of the 90 / 2000s.

Later She released ‘I Don’t Know’, this too from the beginning in airplay radio and Italian and foreign charts, was recognized in several countries
the world as the most played album of the year, especially in Russia, the video was broadcast by the most important Music Television and thanks to this,
Erika won an MTV Award.

Thus began his world tour, both in clubs and in various TV programs, from Chicago to the USA to Brazil, from Europe to Russia,
where still in the recent past he continued to perform.

In 2015 he crossed the dance threshold to enter the pop universe with ‘I Think About You’ and reached the Italian top 50 airplay overall,
just republished with a 2020 remastering and licensed to the most important European labels.

Now the new single ‘Crazy For You’, fresh, different and which fully reflects the international sound.out now on Made2Dance….