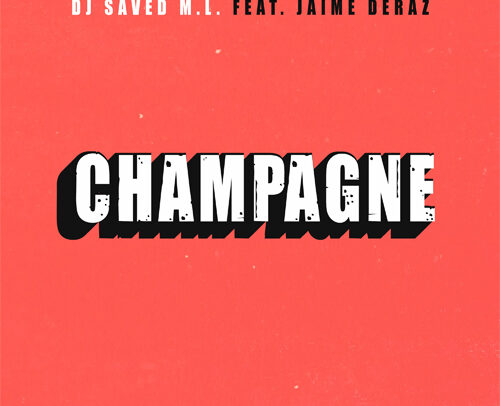 Made2Dance presents the new single by Dj Saved ML sung by Jaime Deraz.
A fresh and current sounding song, just like the one that works in Europe and the world

He began to take his first steps in many resorts as a disc jockey, where he later realized that he was giftedwith an insightful quality in entertainment.
Self-taught musician and DJ producer, at 18 he had his first radio experience on Radio Marte Siracusa with aradio program dedicated to commercial music,
In 2008 his first television experience on SKY with the ‘Sole Luna’ show.
He was a guest on various national radio stations, like R101 (whose direction was entrusted to one of thehottest Italian and world voices: Dr. Felix, with whom he collaborated for several years); he was a guest onRadio Freccia (RTL 102.5 family), imitating various television characters during the live.

He officially debuted as a DJ at Heaven, a nightclub in the capital, sharing the console with Emix and D lewis.Later he moved to Milan, a city that gave him the great opportunity to make important acquaintances like
‘Big Fish’, ‘Dr. Felix’ and Tommy Vee with whom he collaborated. In a short time he had the opportunity towork in the main clubs such as: Old Fashion, Hollywood, The Club, DOM, Just Cavalli, Pelledoca, Yacout,TOM.
He also took his music overseas by playing at Gold Fish Australia, returning to Europe he performed in themost famous clubs in Malta such as: TwentyTwo, Truth, Cafè Del Mar.

Jaime Deraz is a singer/songwriter who crafts her lyrics based on real life experience, and raw emotion. She captures each moment through picturesque language and a sorrowful cadence.

The Long Island native’s blissful nature paired with her melancholy vocal creates a distinct emotional ambivalence, which is snapshotted in her writing. Jaime debuted her first single My City in 2018 alongside DJs Barkley and Lanna on Swiss-based label Sirup Music, home to DJ talent to the likes of EDX and Nora En Pure.

My City has been featured on tastemaker playlists such as Spotify’s Dance Rising, Friday Cratediggers and New Dance Music Friday – by Spinnin’ Records.