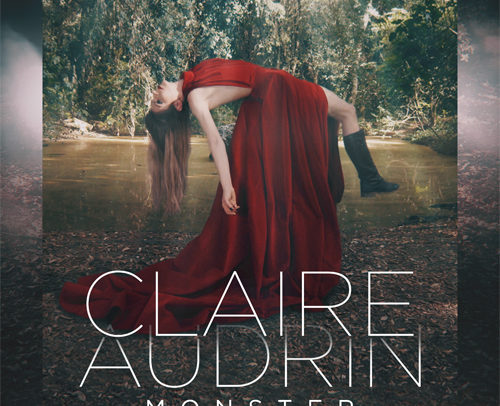 Claire Audrin has a true passion for music since ever. She has been studying classic piano for 3 years and blues for 1 year and then she started playing guitar as an autodidact.
She wrote her first song with English lyrics at 14: it was dedicated to a guy who did not care of her and right at that moment she understood that writing is a powerful relief valve for her.
She’s been part of the acoustic duo A&K, who released a record and has been the opening act of gigs by big artists the likes of Niccolò Fabi and Ron, just to name a few.
Claire has her own YouTube channel, where she uploaded several acoustic or acappella covers and even covers performed by playing the weirdest objects: inspired by US YouTubers Andrew Huang and Mystery Guitar Man, she made a cover of ‘Sofia’, huge hit in summer 2016, with Alvaro Soler and Michel Bravi.
She made ‘Take care of me’, the theme song of the web series ‘Come mi sono innamorato di te’ directed by the YouTuber Michael Righini. Another track of hers, ‘Secretly’, was synched in a scene of the series ‘Lontana da me’, on RAI web portal (RAI Young).
Thanks to crowdfunding and her followers support, in recent years Claire could release her first EP of unreleased tracks: ‘Yell Oh Claire’.
Claire experienced several live gigs, from clubs to streets, playing solo, with guitar and loop station, or with an acoustic duo or trio.
During her London stay she was dubbed ‘The blondie busker’.
Back in 2018, while she was singing by Termini railway station in Rome, Claire got noticed by record executive Max Moroldo, with whom she would record her first studio album ‘Unlocked’ (released by Do It Yourself, distributed by Sony Music).
Thanks to the viral success of ‘Australia’, lead single of the album, Claire got first attentions and rewards: MTV New Generation Artist of the Month in June; Australia was picked for the Best Of MTV New Generation 2018.
The explosive power of her live performances brought Claire to be the opening act in 2 dates of Ermal Meta’s recent tour.
Music influences: Hanson, Avril Lavigne, Twenty One Pilots, Red Hot Chili Peppers, Mumford & Sons, Ed Sheeran, Lorde, Halsey, Taylor Swift.

Now she released her first single ‘Monster’ on Made2Dance, you will like this for sure !!