Allegra – Do What I Want 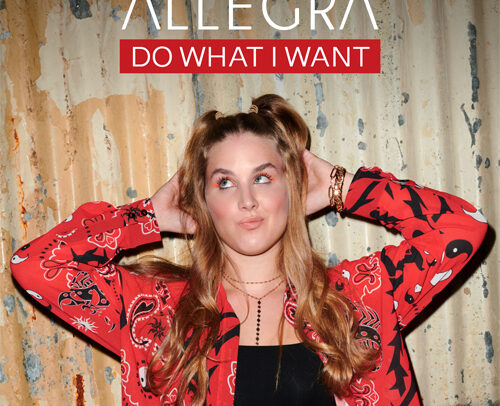 Allegra – Do What I Want

Made2Dance Presents Allegra ‘DO WHAT I WANT’.

The hotly anticipated release from the girl with the courage to reinvent both Dua Lipa and Billie Eilish hits is finally about to drop. ALLEGRA, a young woman with the determination to start a recording career in her teenage years, and the talent to pull it off, is returning to the airwaves with an anthem of defiance and power in
‘DO WHAT I WANT’.

From the first line ‘boxes are meant for breaking’ it’s clear Allegra is here with a purpose – to stake her claim as an inimitable new pop act to watch. DO WHAT I WANT is an impassioned statement from a young woman forging her own path in the cutthroat music industry, someone who will stop at nothing to make her voice heard.

Beginning with a syncopated bass line, a crisp snare and an irresistibly catchy hand-clap beat, DO WHAT I WANT takes inspiration from the tropical house-pop beats of her fore-runners (acts such as JUSTIN BIEBER and DRAKE) and mixes in a flavour of feminine purpose (a la ARIANA GRANDE) with ALLEGRA’s effortless vocals. The build up to the chorus features luscious vocal harmonies and the hook is a burst of colourful instrumentation, featuring beat-boxing sound effects and explosive melody.

Beginning her musical journey from a very young age, her interest in composing and writing grew throughout her childhood. Her tastes evolved and her talents were honed, and it was at the tender age of fourteen that she fully immersed herself in the world of dance-pop.

Known for her innovative and beautifully-shot cover versions of the latest pop hits, the now- eighteen year-old’s YouTube videos have been getting loads of love with each new release. ALLEGRA innovates when it comes to putting her own stamp on cover versions. Never one to be content with the obvious choices, during her cover for BILLIE EILISH’S ‘Everything I Wanted’, ALLEGRA uses de-tuned guitars and has them percussively played using a timpani mallet.

Allegra’s previous single ‘All About Us’ was produced by Scott Stodart of the hit-making Audiofreaks Stable, and was an unequivocally global success, hitting #1 on countless iTunes charts (including Italy and Canada, and #6 in the US), and #7 on the US Billboard Dance Charts.

Now, with critics chomping at the bit to hear new original material from the teenage prodigy, ALLEGRA releases DO WHAT I WANT out now on Made2Dance !