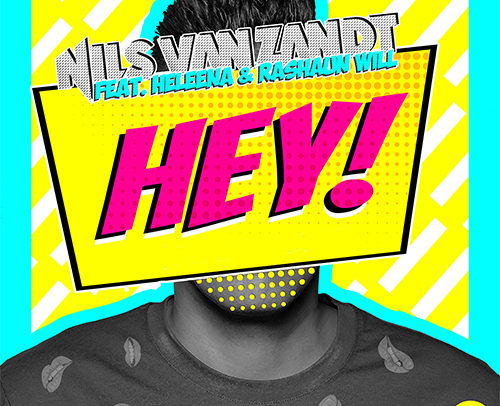 Made2Dance presents proudly Nils VAN ZANDT
With his brand new summer smasher HEY!
Dutch DJ/Producer Nils VAN ZANDT is an energetic DJ with a varied exciting and surprising music style. In the last 4 years, he produced the smashing hits: ‘For you’, ‘Party Crasher’, ‘Feel like Dancing’, ‘Up and Down’, ‘Bitch’, ‘The Riddle’.

In 2015 he was nominated for ‘Best Club Hit of the Year with his single ‘For You’ during the NRJ DJ Awards held at Monaco.

2017 was a successful year thanks to his single ‘Destination Paradise’ Featuring the
famous MC : Fatman Scoop, which has been ranked TOP-3 on radio playlist in many countries : France, Spain, Belgium, Poland, Germany but also in Mexico and Colombia.

His 2018 singles ‘On My Way’, ‘Kalinka’ and ‘With You’ where also smash hits around the globe and hit the radio’s and the charts big time!!

January 2019 Nils van Zandt was voted by the Music Box audience into official French DJ Charts (Like DJ MAG), into the TOP-30 of the international DJ List in France.

Now, 2019, Nils van Zandt is back with a Summer Feeling dance track with a latino flavor, Called
‘Hey’.

Nils van Zandt is also a talented remixer! He made successful remixes for artists like Sean Paul, Pitbull, Akon, Willy William and many more !

At this moment Nils is touring around the Globe with his well known ‘Party Crasher Tour’.

Playing on the biggest festivals and hottest clubs !
Let’s crash the PARTY ‘! With HEY!