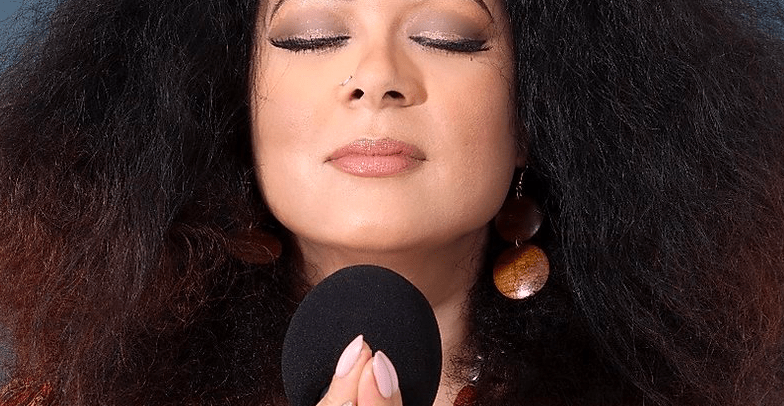 KayJay is also the voice behind many a dance smash, such as Seamus Haji’s ‘Last Night A DJ Saved My Life’, ‘Feel The Music’ by K-Klass the Hoxton Whores ‘Friday, Saturday Love’ and Vincent Stormfield’s remake of The Beloved’s ‘Sweet Harmony’.  You can listen to more of KayJay’s back catalogue of dance track features here.

KayJay is a musical force to be reckoned with and having found more creative energy (and time!) since her son started school, KayJay is excited to now finally be stepping forward into the well-deserved spotlight as a solo Artist in her own right; dynamic and sultry she’s really come into her own with her self-penned debut Album ‘Intuition’.  The Album features an eclectic array of Soul, RnB and funky pop tracks which are surprisingly good for a self-funded, DIY independent Artist.  The Album is released on her own label, Divinyl Music which is co-run with her equally talented husband, infamous Musical Director, Producer/Songwriter and Keyboard player, Kevin Sutherland. They are a real power couple and have created this album project together as a true labour of love.

​‘Natural High’ is the debut single from the album which has been getting some love from the UK soul community and has had air play on Mi-Soul, Zero Radio, Solar Radio, Lightning FM and has staunch support from DJ’s Delta Jam, Femi Fem, Dave VJ, Chris Philips & Lindsey Wesker amongst others.

​‘Natural High’ is a head nodding expression of nostalgic, retro vibes which really do take you back to an era when music was all about that feel-good factor, never mind the X-factor – and KayJay has that by the bucket load anyway.  Already getting plenty of spins in the UK Soul Radio community, it’s only a matter of time before the mainstream catch onto this groove… Read the Sample Face music blog here.

KayJay is also a shrewd businesswoman and entrepreneur and since becoming a Mother to her son in 2013, KayJay has been a busy bee and worked as Director of Divinyl Music Ltd (heading up the Virtual Assistant service (In Harmony Virtual Assistance) and juggling tours and session work. She has paid her dues as a jobbing session singer and subsidised her income by working as a Legal Executive Assistant for some of the most well-known IP Media and Entertainment ‘magic circle’ law firms in London.

KayJay developed a keen interest in entertainment law which in turn helped her manage her own career and inspired her to undertake a Masters Degree in Music Business Management, graduating from the University of Westminster in 2008.

KayJay was also very instrumental in securing legal representation and supporting her husband, Musical Director and Producer Kevin Sutherland in a High Court trial against Richard Branson’s V2 Records winning a ‘passing off’ case so flopstars ‘Liberty X’ had to change their band name.

​KayJay has worked as a Vocal Tutor for Access To Music at the British Academy of New Music and led a class of 30 students on the Vocal Performance and Music Media courses.  Ever since, KayJay has been a staunch supporter of mentoring and educating young people in music and the creative and entertainment industries.

KayJay’s self-assurance and life experience shows in her attitude, you can hear this in her new Podcast, ‘Behind The Groove‘.  Listening to all she has to say about working in the music industry and how it’s changed over the years, is compelling as she shares anecdotes and advice with her peers.  You can’t help but be impressed by her drive and passion for life.  In fact, you’ll be so intrigued you’ll more than likely be curious enough to want to see her perform live too… and you won’t be disappointed.

​A seasoned professional, KayJay is dynamic and captivating as she skilfully switches from soulful ballads to rousing funk and RnB.

​KayJay is an up-front, sincere and genuinely likeable artist, she’s not trying to be something she’s not.  Her down to earth and no nonsense attitude is very refreshing and seems to fill a void lacking in the current vacuous and rather linear UK music scene, she is keeping it real and indeed is taking it back to music.

This lady’s star is rising fast.