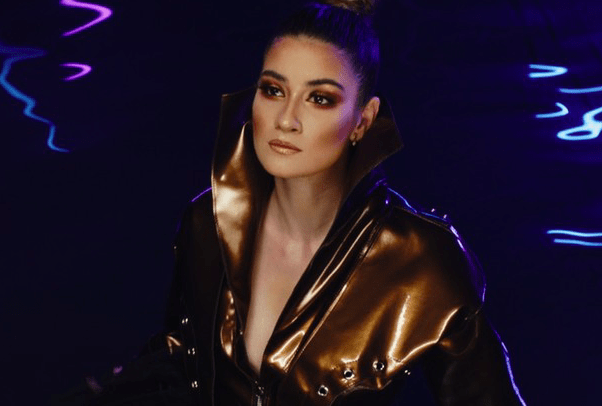 ANDRADA is a singer/ actress born on the 4th of November 1997.

She started her journey at the early age of 7 when she started participating at national and international song contests, earning first place prizes and trophies.

​In 2008 she represented Romania at Eurovision Junior and in 2011 she had her big break in the Romanian phenomenon Tv series ‘Pariu cu viata’ and becoming a member of ‘La La Band’. The TV Show won ‘Series of the Year’ in 2012 and the band got a golden disc for the best-selling album of the year (La La Love Songs) and won Teen Icon Award at Romanian Music Awards.

She toured with the band in over 30 cities for 2 years before launching her solo career. Her first two singles ‘Champions in Disguise’ and ‘1,2,3’ composed by Magic Juice put her in the pop music spotlight. In 2018, she started a collaboration with Universal Production Music  and SKY TV UK, co-writing and recording songs for trailers, ads and promos. Her song, ‘Out of Time’ was used as soundtrack for the Ultimate Fighting Championship and ‘Asylum’ can be found on the HBO promo in Poland.

She is now finishing her Musical Theatre degree at London College of Music and preparing new launches.